Ausma Zehanat Khan is a crime fiction and fantasy writer. Her recent book The Bladebone came out in October 2020, and is the final book in her Khorasan Archives fantasy quartet. It’s the perfect series to binge read while waiting for A Sky Beyond the Storm by Sabaa Tahir to come out. This series is also about a corrupt society and I got to talk to Ausma Zehanat Khan for a podcast episode on my podcast, Raise Your Words and on here. On our podcast episode, we talked a lot about Ausma’s writing rituals and what it was like to finish a series. In this interview, we talk more about her characters and her writing advice.

1.What inspired the One-Eyed Preacher ?
The One-Eyed Preacher stands for any tyrant who governs without the consent of the governed, and in his case, someone who tolerates no dissent on how scripture may be interpreted. He’s clearly an ideologue, and I thought in the first instance of Mullah Omar, the leader of the Taliban, but also of Dajjal—who is a figure similar to the anti-Christ in the Islamic tradition.

2.Do you have any writing advice for those who want to be writers?
I offer writing advice with the caveat that you have to find what works for you as an individual. But what I’ve found helpful is to read widely not only for pleasure, but to study craft and technique. There’s so much to be learned about pacing, character development and the art of storytelling by studying those writers who do it really well. And I also point out that the more you practice, the better you get. My first drafts are far from perfect, but I get them down and then I continue to edit and refine.

3.Who was the easiest and hardest character to write?
Arian and Sinnia were easier to write because I had a very clear sense of their personalities, their background and their story arcs from The Bloodprint all the way through to The Bladebone. I knew their histories well, and with Arian in particular, I was writing very close to my own background, history and heritage so that allowed me a fullness of expression that maybe other characters did not.
The hardest characters to write were Rukh, the Black Khan, and Ilea, the High Companion of Hira. With Rukh, I didn’t know him inside out from the beginning, so there were shades of Rukh that I continued to explore throughout the series, and I realized in the end that this was because he has an ambivalent nature, and that’s never easy to pin down. But it does also allow for a great deal of creative freedom. With Ilea, I had to keep asking myself what she wanted, as she had some forward progression from the first book to the final book that I wasn’t entirely expecting.

4. You mentioned that “Call the stars, Rukh!” is your favorite line. Why?
The line is actually from my favorite scene in The Bladebone. It’s said by a character named Arsalan who is the Commander of the Zhayedan, the Black Khan’s army. The Zhayedan are defending the capital of Ashfall from two besieging armies. The city is on the brink of collapse, but the Zhayedan are indomitable and battle on, led by Arsalan—a warrior whose skills and commitment to his people are unparalleled. Arsalan is a very straightforward character, the closest friend and confidant of The Black Khan, so in this scene as battle rages all around them, and the city’s fate seems hopeless, he continuously encourages Rukh (aka the Black Khan) to make full use of his gifts and his power. His faith in Rukh—who is a very dubious character—is what gives Rukh faith in himself, so you have this moment of quiet intimacy between these two men while chaos rages around them. That was hard to pull off but it felt beautiful and true.

5.What inspired you to write the Khorasan Archives?
The story holds that this is the oldest written record of the Qur’an, compiled by Caliph Uthman, the third leader of the early Muslim community after the death of the Prophet Muhammad. Uthman was assassinated while reading it, and it is said that his blood stains the pages of this Qur’an. I was in the presence of a bloodstained manuscript—the Bloodprint, in other words. For those who are unfamiliar with Ausma’s work, “The Bloodprint” is the first book in The Khorasan Archives.
I wanted to capture that sense of reverence in the presence of the written word, and also that sense of mourning—the idea that a faith community was still mourning the death of this revered figure, and in the presence of his bloodstained Qur’an, we were deeply moved.

6.What is one thing you hope readers take away from this?
I hope readers come away from all my books with a greater sense of curiosity about the world, and with greater empathy for histories, traditions and communities different from their own.

You can purchase The Bloodprint here and The Bladebone here. Follow Ausma on Instagram and Twitter @ausmazehanat to keep up with her adventures, books, and to  see cute cat pictures! 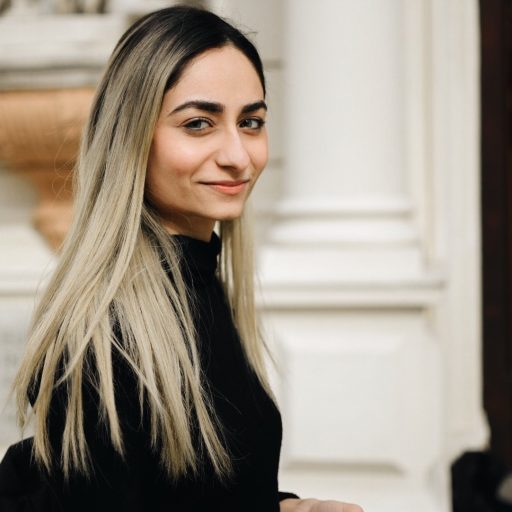 Pick Me Up Poetry

The Art of Blogging

Books Are Magic Too
Book Noted

“You can never get a cup of tea large enough or a book long enough to suit me.”

classyxbookreviews.wordpress.com/
The Books are Everywhere

Anne with a Book

"Lock up your libraries if you like; but there is no gate, no lock, no bolt that you can set upon the freedom of my mind." - Virginia Woolf