Rich. Vicious. Vengeful. Forbidden. The Boys of Clermont Bay had always been untouchable.

Rich. Vicious. Vengeful. Forbidden. The Boys of Clermont Bay had always been untouchable.

And Carson Hale was the worst of them all.

He was pretentious and a player, and he had hated me for so long I forgot that we were ever anything more than enemies.

Brutally beautiful and savagely heartless, his only plan was to ruin everything I loved.

But dares were made, and even though I had no business saying yes, I found myself in trouble and forced to work with my rival to get us out of it.

He had always been cruel, but something changed.

The lure of him was too much. The way I craved his touch was unbearable.

Just as I fell for him, he proved himself to be exactly who he had been all along.

Pre-order the stunning conclusion, Deceit of a Devil!

I walked into Wings and Things and spotted Eli as soon as I made it through the door. He smiled before standing and coming to meet me. I couldn’t tell if anyone else was already at the table, and I tried to remind myself that I shouldn’t care. Tonight was about having fun and getting to know Eli.

Carson didn’t matter for either of those things. I would just drown him out and pretend he wasn’t there. That was what I was used to doing. That was what the two of us had been doing for years.

Even though I was already a little but irritated that Eli hadn’t offered to pick me up. My dad was irritated by that fact too.

“You look beautiful.” Eli grinned before pulling me into a hug.

“Thank you.” I breathed in the scent of his warm cologne, the smell familiar and calming. “You look nice as well.”

I looked up at him as he let me go. He was much taller than me, although shorter than Carson, and he had a smile that made me feel comfortable.

He grabbed my hand in his and led the way back to the table. I fixed my hair while I was still blocked from view, and I planted the best smile I could manage on my face as he pulled out the chair for me that was directly across from Carson.

“Thank you.” I settled into my seat and tried to avoid making eye contact with Carson.

“Allie, this is Kimberly. Kimberly, Allie. I think you all might know each other.”

I looked across the table at Kimberly, and of course I knew her. We had gone to school together since grade school, and I had hated her almost as long. She was popular, conceited, and a perfect fit for Carson.

“I’m perfect.” She giggled and looked over at Carson. His hand disappeared under the table, and even though I couldn’t see it, I knew that his hand probably rested on her thigh.

I wanted to rip it off.

“Awesome,” I mumbled and tried to focus on the menu.

Carson laughed under his breath, but I ignored him.

“What are you getting?” I looked to my right where Eli sat. “Do you want to share some wings?”

“Oh.” He looked up from his menu. “I was thinking about getting the burger.”

“A burger at a wing place.” Carson scoffed and tossed his menu down on the table. “I’ll share an order with you, Allie. Kim’s getting a salad.”

He didn’t give me time to answer. As soon as the waitress came to our table, Carson opened his mouth. “My girl Allie and I are going to share a large order of wings, extra ranch for both of us. No carrots. She hates those.”

I looked at him like he had lost his mind because I was pretty sure that he had.

“What can I get you to drink?” The waitress was now looking at me.

Everyone else ordered their food, and I fidgeted with my hands under the table.

“So, Allie, how is school going for you?” I looked up at Eli. I had almost forgotten he was there.

“It’s all right. I’m so ready for fall break, though.”

“Me too.” He nodded. “Are you going anywhere? My family is taking a trip to Europe.”

“No.” I almost choked on the word. Sometimes I forgot just how far apart my family was from those who went to Prep. They were made of money, old money to be exact, and guys like Eli had never had to think about working or how he’d pay for college. “We typically stay home and do a Thanksgiving meal at our house. It’s real low-key.”

And my dad would still be working every day except for Thanksgiving, and my small house would be busting with people. My grandparents, aunts, uncles, cousins. We were always together on holidays, and I loved it.

It may not have been Europe, but it was ours.

“That’s cool.” He nodded and turned his chair to where he faced me better. “We’ve been going to Europe for years now. My parents love it, and they take us about every other year. Have you ever been?”

“To Europe?” I shook my head, and suddenly I felt ridiculous. “No. The farthest I’ve been is Disney World.” I didn’t mention that had been almost ten years ago.

I could hear Carson and Kimberly talking across from us, and I hoped he was too enthralled with her and her perfect face to even consider listening to our conversation.

Eli laughed like I had just told a joke, but I hadn’t. “That’s too bad. I bet you would really like Europe.”

“What makes you think that, Eli?” Carson was leaned back in his chair with his arm resting on the back of Kimberly’s.

Eli laughed nervously and looked between me and Carson. “It’s Europe.” He shrugged his shoulders.

“But you don’t know anything about Allie specifically that would make her love Europe, correct?”

“Like you have no clue that she’s been dreaming of going to Paris forever, and she has this little Eiffel Tower key chain that she’s had on her set of keys since she’s had them. Or that she thinks she’s part Irish because she has a little bit of green in her eyes.”

“I didn’t realize you knew so much about her.” Eli was no longer aloof. He was sizing Carson up, and I wasn’t here for a pissing contest.

“Well, now you do.” Carson stared back at him with the same unrelenting gaze, and I felt like I was going insane.

Carson hadn’t given a shit about me since that night he needed me and I wasn’t there. If he wasn’t ignoring me altogether, he was making me wish he was, and now all ofthe sudden, he wanted to share wings and spew facts about me like he was my best friend.

“Stop,” I hissed. “You’re being an ass. Aren’t you supposed to be on your own date?” I looked over at Kimberly, and she looked uncomfortable. I couldn’t blame her. I felt uncomfortable too.

The waitress arrived back at our table with food in hand, and we were spared from whatever Carson was going to say next. He looked down at the food, and his bright eyes looked so hollow. He scrunched his brow, something he always did when he was upset, and his jaw stiffened. I didn’t know if he was angry with me or with himself.

But I didn’t want to find out. I quickly grabbed a wing from our plate and took a huge bite. Sauce dripped down my chin, but I didn’t stop. The food was a distraction. If we were eating, then we weren’t talking, and I couldn’t stand to hear anything more from Carson right now.

Not after everything he just said. Not with the way he had brought up memories of me like it wouldn’t mess with my head.

“This is good.” I wiped at my mouth with the back of my hand. “Do you want a bite?” I looked over to Eli, and he shook his head as he looked at my half-bitten wing.

“Suit yourself.” I shrugged as I looked down at his measly-looking burger.

“I’ll take one.” Carson reached forward, his fingers wrapping around my wrist, and he stood in his seat enough to bring my hand to his lips. I stared at him, shocked by what he was doing, but there wasn’t an ounce of shame in his gaze.

He didn’t look away from me for a second as he bit down into the wing I was still holding, and I couldn’t stop myself from holding my breath as his lips met my fingers. Carson Hale wasn’t just taking a bite of my chicken. He was causing a scene, and part of me wondered how he had gotten so damn good at it.

He ran his tongue over the edge of my thumb, licking up the sauce that had dripped there, and I felt like he had just used his tongue on parts of my body that no one else ever had. I pressed my thighs together as I watched his mouth, and I couldn’t bring myself to care that Eli was watching me as Carson finally let go of my hand and settled back into his seat.

“You’re right, Allie. That’s absolutely delicious.” He licked his lip before picking up a wing of his own, then began eating like that display hadn’t just happened.

I picked up my napkin, quickly dropping my gaze to my lap as I wiped my hands, but I couldn’t get the feel of him off. And I didn’t know if I wanted to.

I’m Holly Renee, a small-town east Tennessee girl who is obsessed with all things romance. I love bringing flawed, sassy, and real characters to life in a way that makes you feel like you’ve been best friends with them for years. No two Holly Renee books are the same, but if you love real, relatable, fun female characters and swoon-worthy heroes, I’m your girl.

When I’m not writing or reading, you can find me momming so hard, being disgustingly in love with my husband, or chilling in the middle of a lake with my sunglasses and a float. #lakelife

I have a 2-year-old adorable little man who is as wild and sweet as they come and a baby girl on the way. 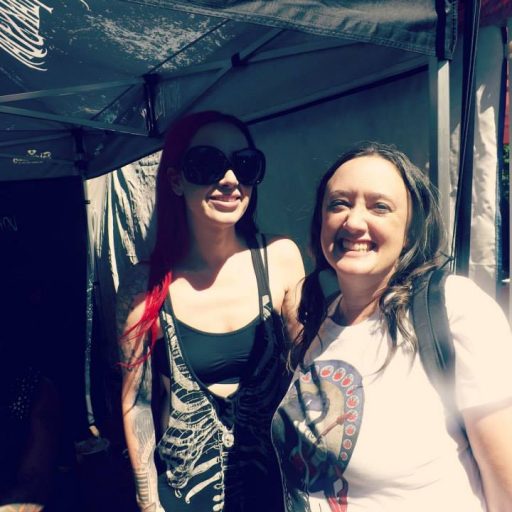