Choi Ung (Choi Woo-Sik) and Kook Yeon-Su (Kim Da-Mi) broke up 5 years ago. A documentary they filmed during their high school days becomes popular. They don’t want to, but they have to stand in front of the camera.

I loveee this drama so far!! I’m almost done with it and it’s so cute.

An enduring love story in 1987 Seoul; Youngro, a female university student, treats the bleeding Suho, a student attending a prestigious university, who one day jumps into a women’s university dormitory despite the dangerous situation.

In a time when dreams seem out of reach, a teen fencer pursues big ambitions and meets a hardworking young man who’s focused on rebuilding his life.

This reminds me of the bachelor but way more entertaining!

The love story between a top actress and an airline director who each suffers an unusual phenomenon. He suffers from prosopagnosia, while every month she transforms into someone else for a week 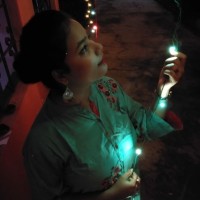